"Throughout my entire career, all I have known is public service. I enlisted in the U.S. Army Reserve and proudly defended my country on multiple combat tours overseas. I spent the following years serving my community in a law enforcement capacity. Every day, I stood with my brothers and sisters in blue and held the line to protect and serve Fort Bend County. As Representative of Texas' 22nd Congressional District, I have embarked on a new type of service: service to my country, my state, and my district."

"I am a public servant at heart. It has been the honor of a lifetime representing the constituents of TX-22 in Washington, D.C. We have had good days and bad, we have had victories and defeats, but the fight is not over yet. That is why I am running for re-election to keep representing the good people of Texas' 22nd Congressional District. In Congress, I will be your voice in the fight to protect our freedoms and conservative values.”

Met the Moment in Congress:

During his first term in Congress, Troy Nehls has always met the moment and been on the frontline for many issues facing TX-22 and the nation. At the height of the border crisis, Troy Nehls visited the southern border to take a first-hand look at the consequences of the Biden Administration’s America-LAST immigration policies. While the United States experienced a sharp rise in crime, Troy Nehls introduced legislation for law enforcement agencies to receive the funding and manpower they need to prevent crime and protect their communities. While Joe Biden and Democrats were trying to pass their backwards “social” infrastructure bill, Troy Nehls was fighting for the real infrastructure needs of Texas: updated roads, expanded broadband in rural areas, hurricane preparedness, and allowing local governments to have flexibility in addressing their own infrastructure needs. And when Joe Biden oversaw the collapse of Afghanistan, Troy Nehls and his team worked tirelessly to get Americans home safely.

Troy Nehls is a proud America First Patriot. He stands against the Washington Swamp and stands for the Constitution, fiscal conservatism, small government, and Texas values. Troy Nehls is proudly endorsed by President Donald Trump.

Troy Nehls has dedicated his life to service. At the age of 19, he enlisted in the U.S. Army. He was deployed on combat tours to Bosnia, Iraq, and Afghanistan, among other places. After 21 years of service, he retired with the rank of Major and as the recipient of two Bronze Star medals. Back home, Troy continued his service through law enforcement, a multi-generational tradition for his family.

In his 8 years as Sheriff, Troy maintained his fiscally conservative principles of doing more with less, while managing the 826 staff and $79 million budget of the Fort Bend County Sheriff's Office. He instituted cutting-edge recidivism reduction programs like HVAC and welding training programs for non-violent Fort Bend County jail inmates, at no cost to taxpayers, so the inmates had job-ready skills when they were released. He used his position as Sheriff to advocate increased awareness of the mental illness, even hosting large seminars. He even took steps to start a specialized mental health unit at the Sheriff's Office that responds to mental health calls.

During his time as Sheriff, crime was down in Fort Bend County: 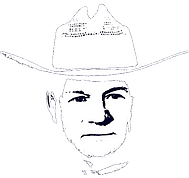 Paid for by Nehls for Congress